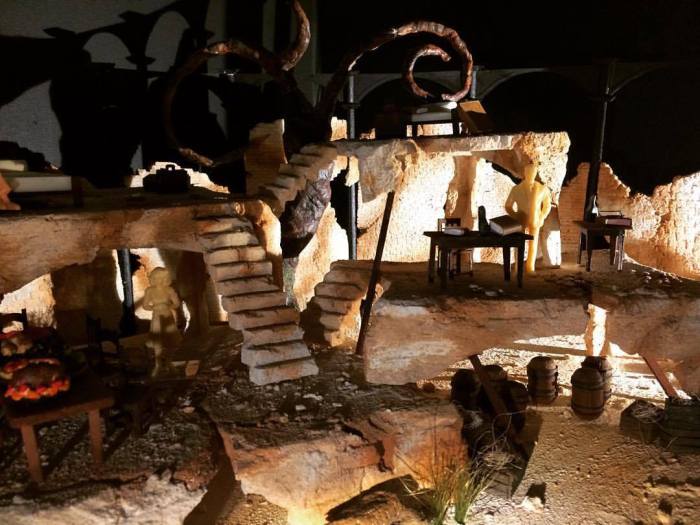 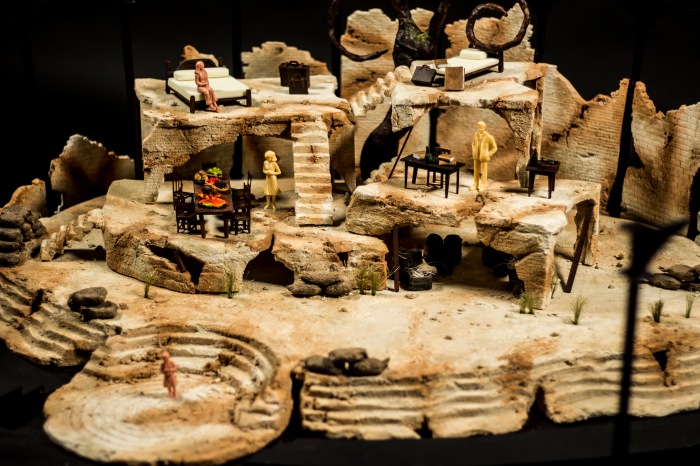 For my final design project for my MA in Theatre Design. I explored the film Pan’s Labyrinth and transformed it into a stage production at The Roundhouse in London. I chose this film because I am very interested in how fantasy and reality combine together. In this film fantasy is used to mimic and disguise the brutal reality of a little girl during the Spanish Civil War. I wanted to explore how the fairy tale elements of the film help her to over come her reality, leaving the audience questioning whether the fairy tale is real or in her imagination.

I designed platforms that would form the different rooms where the characters inhabit. The platforms are abstracted from the ruins of Belchite with cracks in the bricks and concrete and exploded areas from the bombing. There are steps leading from each platform and broken, shattered steps leading up to the stage. At the front there is a circular space, which forms the centre of the labyrinth. 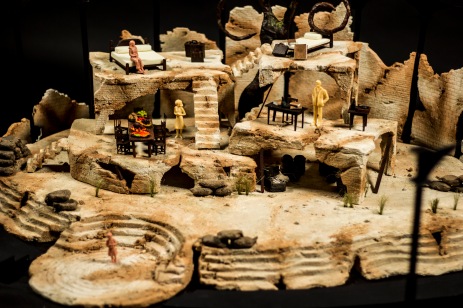 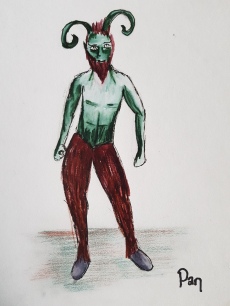 View all posts by ghollywood93